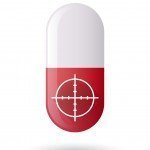 As we have been noting for some time (see our previous post here), pharmacies are squarely in the cross-hairs of recent enforcement efforts by the U.S Government.  2016 looks to be no better, and in fact, is already starting out with a bang.  On January 5th, the U.S. Attorney’s Office (USAO) for the Middle District of Tenessee announced that it had reached a settlement with Nashville Pharmacy Services, LLC. and owner Kevin Hartman.  The pharmacy, which specializes in HIV and AIDS-related medications, allegedly overbilled Medicare and TennCare for pharmacy services, and will now pay up to $7.8 million to make those allegations go away.  The whistleblower in this case, Marsha McCullough, was  a former order entry technician who worked for Nashville Pharmacy Services.

According to the USAO, from February 2011 to May 2012, Nashville Pharmacy Services:

The case also shows the lengths the U.S. Government will go in prosecuting pharmacy allegations.  No less than four separate Government bodies were involved including:

Clearly pharmacies are a priority  enforcement target and need to get their compliance houses in order ASAP.