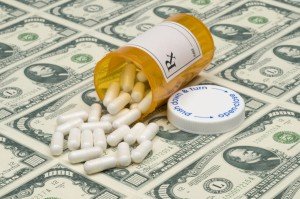 For those in the generic drug industry, a storm has been brewing for some time now; a storm that has been largely invisible to the rest of the public. At its heart is the rising cost of pharmaceutical products and, in particular, generic products.  Now that almost 80% of the prescriptions in the U.S. are filled with generics and generic drug prices are on the rise despite demonstrated cost savings (see graph below), the question of price is in sharp focus

Not surprisingly the U.S. Food and Drug Administration (FDA) finds itself at the center of the storm.  Part of the issue, critics charge, is that fact that the FDA is approving new generic products at too slow a rate.

Now in an effort to speed up the generic drug approval process, the FDA recently has issued guidance that final, printed labeling would no longer be necessary to obtain approval for a generic product.  Rather the FDA’s Office of Generic Drugs (OGD)  now will approve the application based on draft labeling provided any difference between the draft and final versions  are “of an editorial or similarly minor nature.”  It doesn’t sound like much of a change, but given the length of the approval process, any increase in speed is seen as a positive step.

But the FDA’s woes don’t end there.  Still on the horizon is FDA’s proposed rule to allow generic manufacturers to unilaterally change label information without waiting for the branded product’s label to be updated.  If the proposed rule becomes final, it will be possible for a drug’s labeling about safety to differ depending on whether it is the branded or generic;  even though the active ingredient is the same.  Critics, like Ralph G. Neas, President and CEO of the Generic Pharmaceutical Association, believe that the rule would elevate patient safety risk, raise costs, and cause confusion among prescribers and providers.  Whitelaw Compliance Group tends to agree.

While it is too early to tell how this will all play out, we can say that the time is ripe to make sure that pharmaceutical company internal processes for developing and approving labeling are in compliance and operating smoothly.