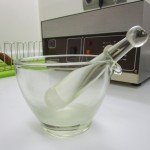 Earlier this year, we predicted that 2016 was going to be the Year of the Pharmacy, and not in a good way.  It seems we were right as the pharmacy woes continue.  This week  two Alabama pharmacists agreed to plead guilty in connection with the deaths of nine (9) patients.  The cases date back to 2011 and involve the compounding pharmacy Advanced Specialty Pharmacy doing business as MedIV.  The pharmacy allegedly compounded drugs in unsanitary conditions sometimes leaving batches out overnight in open, unrefrigerated containers.  This resulted in some of the products being contaminated with bacteria that later killed the nine patients.

The pharmacists are the former-pharmacist-in-charge of MedIV as well as its former president.  Each has agreed to plead guilty to two (2) misdemeanor counts under the Federal Food, Drug, and Cosmetic Act.  If the judge imposes the maximum penalty, both men face a maximum of two (2) years in prison and a fine of up to $500,000.

While individual criminal pleas are rare in food and drug cases, this case reinforces:

Over the years, pharmacy compliance programs have been sorely neglected.  Pharmacies and pharmacists need to take compliance seriously and take the necessary steps to establish or reinforce their programs — before the Government comes calling.