The FDA Commissioner is not a Hockey Puck 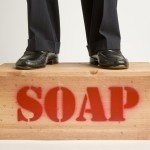 Despite all the criticism of Congressional Republicans for playing partisan politics, the Democrats are not above throwing their own temper tantrums.  Senator Edward Markey (D-Mass.) has decided to hold the nomination of the new FDA Commissioner hostage until he gets what he wants.  Apparently he wants the Agency to reform how it approves opioid painkillers.  According to Markey, “Expert after expert has warned about the real world dangers of abuse of and dependence on these new supercharged opioid painkillers, but the FDA has willfully blinded itself to the warning signs.”  So he seems to believe that the adult way to address this issue is to block the nomination of the FDA’s top leader.  Markey also simply ignores the fact that people truly suffering from chronic pain have limited choices and are increasingly stigmatized, but that is another story.

Holding the Commissioner’s nomination hostage is not an appropriate way to seek change.  Regardless of what you think of the Agency’s individual decisions, the FDA fulfills a critical role in protecting the nation’s supply of food, pharmaceuticals, biologicals and medical devices.  Opioid access and abuse are serious topics that need to be debated, discussed and examined by serious people; not by grandstanding politicians.